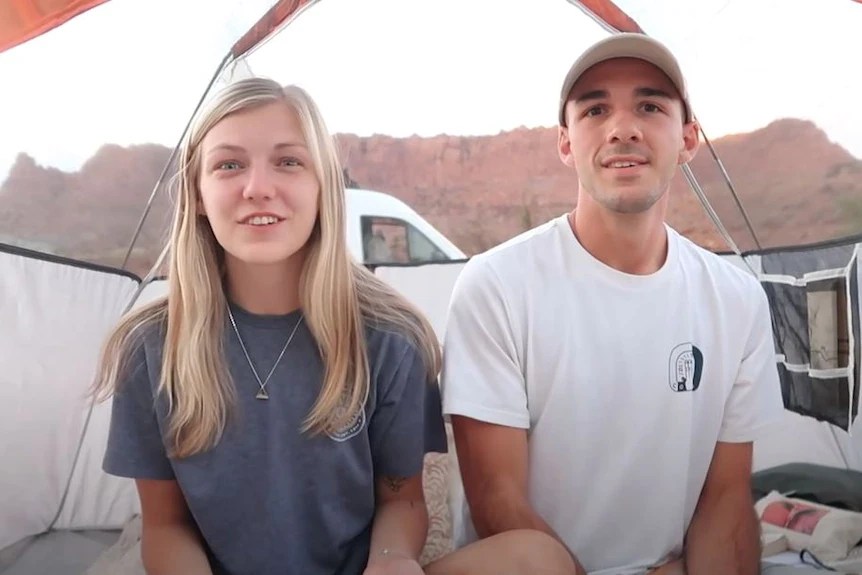 The FBI has confirmed that a body found inside a Wyoming national park on Sunday, September 20, belongs to the missing YouTuber and blogger Gabby Petito.

A coroner made an initial finding that her death was homicide but gave no indication as to how she died.

Petito, 22, last month visited Grand Teton National Park with her fiancé, Brian Laundrie, 23 as they went on a road journey with their van. The couple had been travelling for several weeks before Mr Laundrie returned home to Florida alone with their white van on 1 September. He did not contact police or the Petito family on his return. Ms Petito’s family reported her missing 10 days later.

Police are currently searching for Mr Laundrie, whose whereabouts are unknown. His family say they last saw him two weeks ago and have refused to talk to police, referring police agents to their family lawyer for any questions.

He is considered a “person of interest” in the case, but has not been charged with any crime.

Several weeks earlier, police in the Utah town of Moab were called to a possible domestic violence incident.

No charges were filed, with officers recommending that the couple spend the night apart.

Laundrie’s family reported him missing over the weekend. They claim he left for a hike on 14 September and never returned.

Police are now using dogs, drones, and all-terrain vehicles for the search of Laundrie, which officers say is complicated by difficult, swampy terrain.

On Monday, September 21, investigators searched the Laundrie family home. Agents were then seen removing several boxes from the house and towing away a silver Ford Mustang.

Laundrie is now the most wanted man in America due to the press coverage he has received since Petito’s disappearance and her death that has just been confirmed .

As of Tuesday, the hashtag #GabbyPetito had received more than 650 million views on TikTok alone, according to the Associated Press.

2 hours ago
78-year-old man arrested for macheting his 94-year-old brother to death in Ogun (photo) A 78-year-old man, Moshood Habibu, was on...

Man arrested with firearm and weapons in Ogun State

7 hours ago
Man arrested with firearm and weapons in Ogun State Ogun State Government security outfit, the So-Safe Corps, has arrested a man,...

I never said donate money to me, I said ‘if you’re my friend give me money’ – Davido speaks to CNN about the N200M he got from fans, friends, and colleagues

She’s a Proud Snatcher: Many React to Moment Whitemoney Met Maria and Her Lover Kelvin in Dubai (VIDEO)

Why I Was Blacklisted From Nollywood – Adunni Ade speaks