A Twitter user identified as Josh has narrated how a lady fell for a hook-up trap set by her boyfriend who wanted to test her loyalty.

According to Josh, her boyfriend helped her build baking business and got her all she needed to keep the business going, but she repaid his kindness with evil.

“Elder Cousin been dating this girl for like 6months and he finally has made up his mind to marry her but he didn’t tell her yet. We talked about it and he wanted to know if testing her loyalty was good, I told him to go ahead and do anything he wants cos marriage is a life time venture.

“So he goes on to test her with another girl. His girl bakes cakes so he asked this girl to start with wanting a cake. Before I continue, he literally takes care of this girl’s bills. Even the cake business, he pushed her to start it and got her All she needed to keep the business going. He got her an iPhone 11pro max earlier and now she’s asking for 13pro max. He had said if she passes this test, he would get her 14 and go see her parents immediately.

“So the girl pranking her started with the wanting a cake and all. The girl paid for the cake and they kept talking for two weeks. The girl then asked her id she was into hook up that she has a client who’s willing to pay 200k for one round. She said yes, that she’s even into girls. So they fixed a meeting and date for the hook up appointment.

“On the day of the appointment, my cousin went to her house and complained that he’s sick and needs to be taken care of, she told him to calm down and gave him paracetamol that she’s going to the market to buy stuff for cake that on her way she’ll get him malaria medication.

“He begged and insisted she stayed, but she wouldn’t. Soon as she left, he too drove off and went to the hotel where they were supposed to meet. She arrived with the other girl who took her up to the hotel and when they got there, she saw cousin and she fainted.” 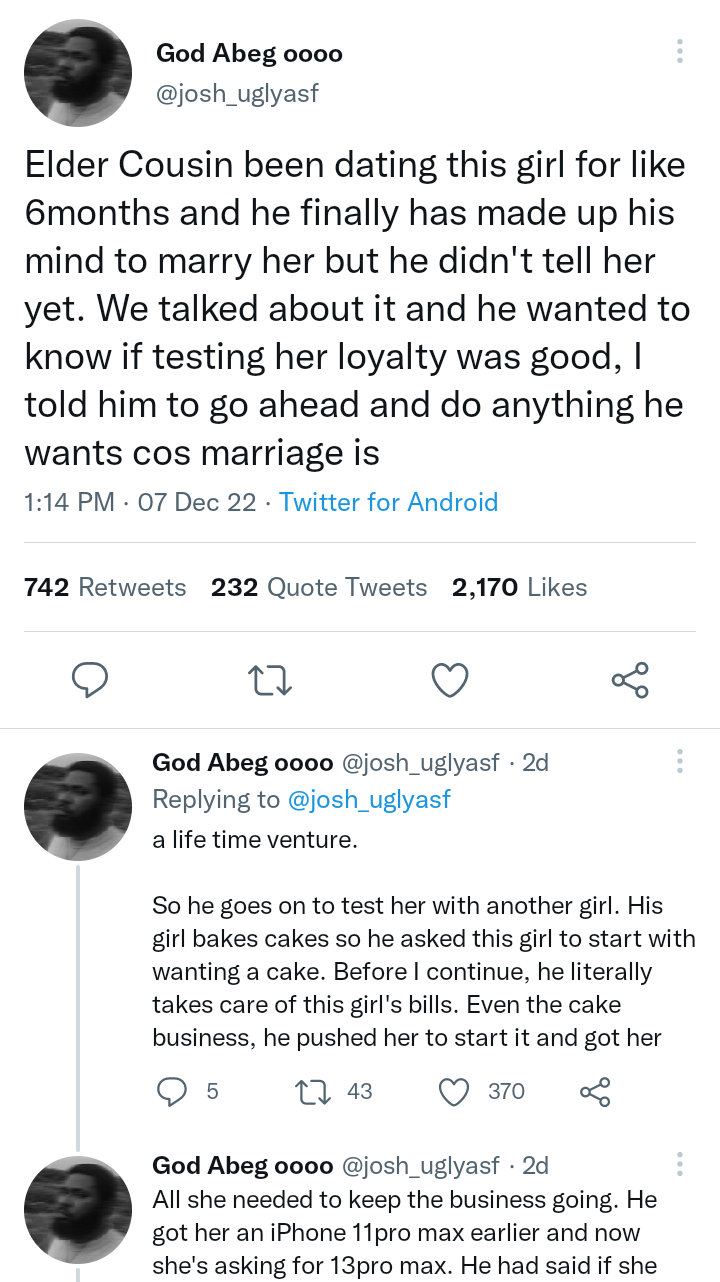 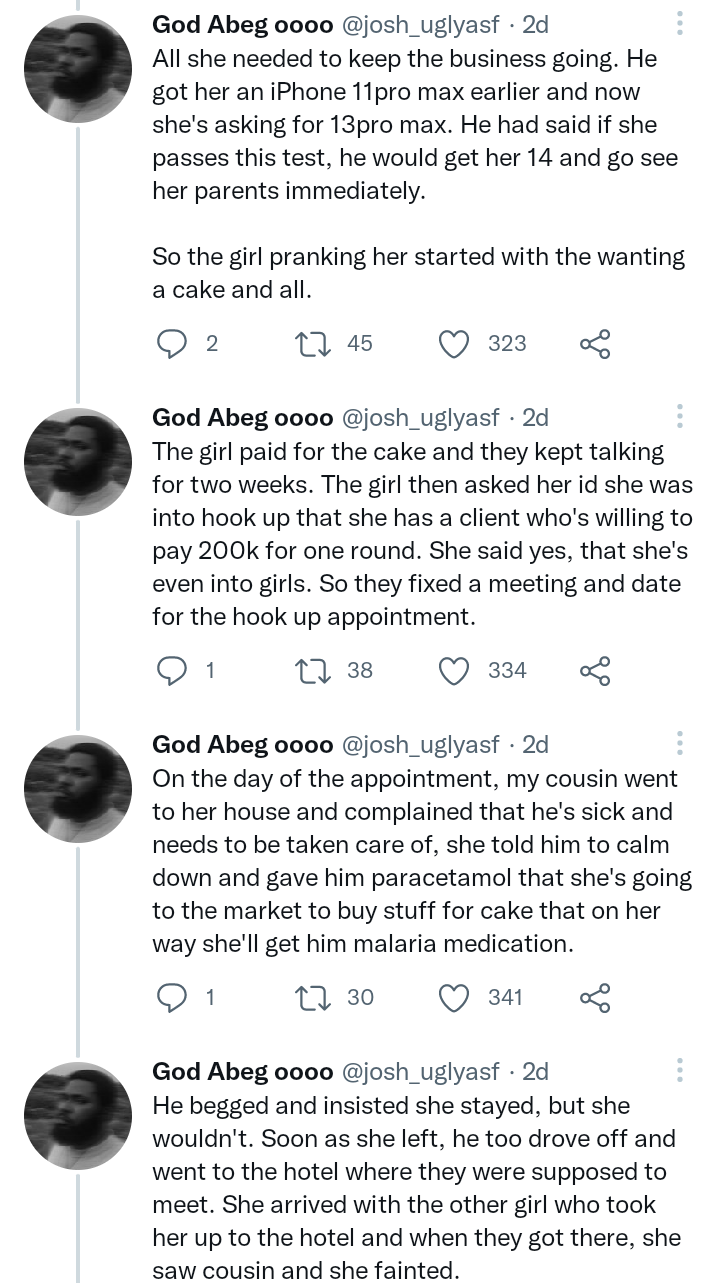 11 hours ago
It has been flooding in congratulations for Nollywood actor Onny Michael as he just unveiled his multi millions mansion.  The...

“If your first child is not up to 18yrs old and in the university address me as ‘Sir’, I’m not your mate” – Yul Edochie warns Nigerians

12 hours ago
Nollywood actor, Yul Edochie has an important message for Nigerians on how to address him. The controversial actor, while sharing a...

“On behalf of the family I say welcome to a new age, we love you” – Ned Nwoko celebrates his estranged wife, Laila Charani on her birthday

12 hours ago
Billionaire businessman, Ned Nwoko, is putting the past behind to celebrate his estranged wife, Laila Charani on her birthday today....

“I lost my virginity at 19, dated an older lady for sex” – BBNaija star, Pere Egbi (Video)

19 hours ago
During a recent chat with media personality, Toke Makinwa, the reality star revealed that he lost his virginity at 19 and...

“Chopping and spending the cash, there’s no mercy for money” – Regina Daniels, as she spends time with her billionaire husband, Ned Naoko (video)

Fufu seller celebrates her growth as she relocates to UK (Video)

‘My father died 20 years ago and it’s just been my mother catering for us, that’s why I worked hard to put a smile on her face’ – Ruby Ojiakor recounts as she surprises her mum with a new house