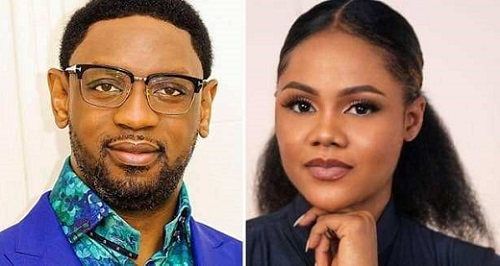 7 Ways To Identify A Real And Fake Native Doctors To Avoid Wasting Your Money And Time.Click Here

The Pentecostal Fellowship of Nigeria, PFN, on Thursday said the embattled Senior Pastor of the Commonwealth of Zion Assembly, COZA, Biodun Fatoyinbo refused to appear before its panel investigating the rape allegation against him.

The PFN said because he refused to appear before the panel, the probe had been declared inconclusive.

According to PFN National Publicity Secretary, Bishop Emma Isong, who spoke with newsmen in Lagos on Thursday, Busola and her husband, Timi Dakolo appeared before the panel while Fatoyinbo did not.


Follow Us On Twitter @HiTNG_INFO
The Eleven Satanic Rules of the Earth Do not give opinions or advice unless you are asked.

Back to Top
Close
close