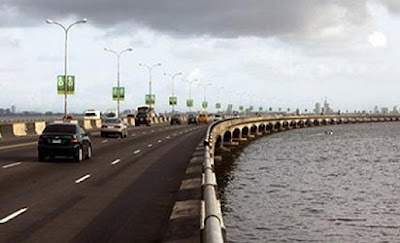 7 Ways To Identify A Real And Fake Native Doctors To Avoid Wasting Your Money And Time.Click Here

The Federal Controller of Works in Lagos State, Mr Adedamola Kuti, has said that traffic arrangements were ongoing to begin another phase of major repair on the Third Mainland Bridge.

Kuti said in Lagos State that results of investigative tests on the bridge were ready and that contractors would move to site at the completion of the traffic management architecture.

“Any moment from now, once I get our traffic plans approved, we may be announcing to the world again that we are now ready to fix Third Mainland Bridge based on investigative tests we had last year.

“Meanwhile, we have already completed the resurfacing, the markings, such that you can now drive on the Third Mainland bridge smoothly. We are also going to repair some of the piles of pillars carrying the bridge; that is the next phase that we are doing, so work will soon begin on Third Mainland Bridge,’’ he said.


Follow Us On Twitter @HiTNG_INFO
The Eleven Satanic Rules of the Earth Do not give opinions or advice unless you are asked.

Back to Top
Close
close