A WhatsApp conversation between a man and his girlfriend in which he advised her to cease talking to her male closest friend has come to light online. 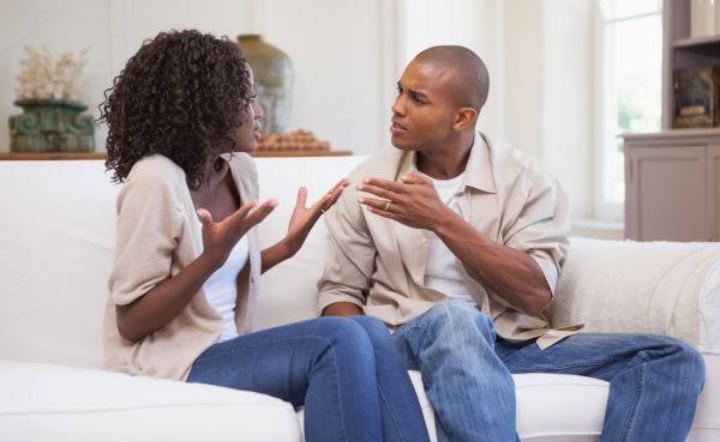 The young lady had reportedly just visited Ayo, her best friend. The boyfriend then asked her on WhatsApp why she had done so after telling her to keep away from him.

The Ayo had always been there for her, she countered, so she didn’t expect her to quit being friends with her just because they were dating.

Her boyfriend said that he doesn’t want her to be friends with any guy and he on his part won’t be with any girl.

See screenshot of their conversation below: 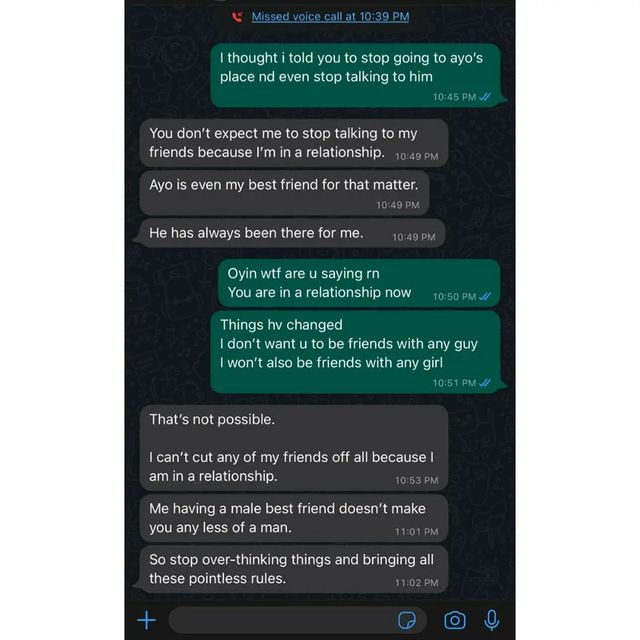 4 days ago
A Nigerian man has implied that, when his mum is in their home, he will prioritize his her needs over...

4 days ago
Many passengers were rushing to board a plane in a viral video that appeared on social media. Passengers reportedly began...

4 days ago
An alleged thief was caught after allegedly stealing more than 20 laptops at once from a certain place. People who...

4 days ago
A Nigerian guy who goes by the name Orji has described how the end of their relationship was caused by...

“If you’re thinking of getting married, it’s not a joke, you have to sacrifice” – Actor, Federick Leonard