Mercy Johnson’s husband has finally reacted to the uproar on his wife’s page over her support for his political party, APC. 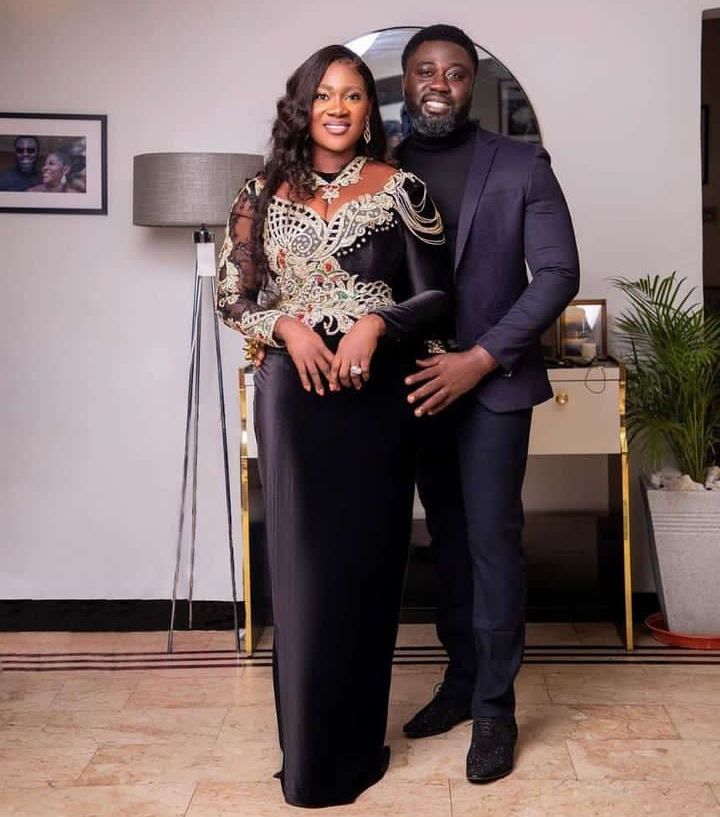 The talented actress had earlier penned down that she is confident in APC’s plan for women which is in line with 35% affirmative action for women.

According to Mercy Johnson, she was opportuned to hear the goodwill messages and she has renewed hope and confidence in the party’s good intentions.

“Earlier today, I joined his Excellency, Babajide Sanwo-Olu @jidesanwoolu and the incredible women leaders that make up the APC women presidential campaign team at the APC women Southwest rally.

As a woman, wife to an APC candidate @princeodiokojie and mother, I am confident in the APC plan for women which is in line with the 35% affirmative action for women.”

The post generated mixed reactions from Nigerians as many encouraged her to support her husband while others lashed out at her for supporting APC.

Other netizens defended her saying the actress cannot support another party when her husband is in APC.

This made her husband react as he acknowledged her support in return.

“@mercyjohnsonokojie my dear wife and best friend, thanks a lot for your support, you have always stood where I stand, you‘re an amazing woman. We will work hard for Nigeria, I love you and God bless you.” 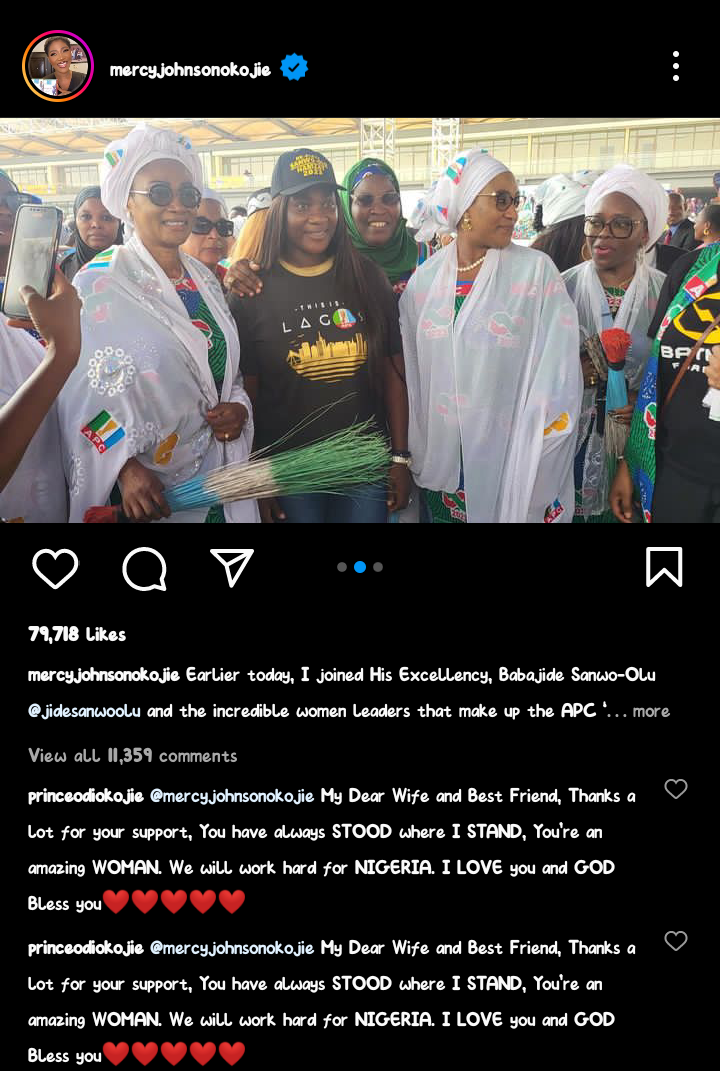 “I got married at 25, it was sex on first date, our relationship was sexual thing” – Pere opens up on his marital life, reveals it lasted for just a year plus (Video)

6 mins ago
Big Brother Naija ‘shine ya eyes’ housemate, Pere Egbi has opened up on his failed marriage to Pamela Heoma. In an...

“There’s nothing in the streets, when you find your person, hold on tight” – Vee

8 mins ago
Reality TV star, Vee Iye, has advised people to hold on to their significant other as there is probably nothing...

1 hour ago
Tega Dominic is one lady that isn’t new to controversy, the popular reality star in a new tweet expressed her...

3 hours ago
May Yul Edochie, the first wife of actor, Yul Edochie has thrown a subtle shade at him and his second wife....

15 hours ago
It has been flooding in congratulations for Nollywood actor Onny Michael as he just unveiled his multi millions mansion.  The...

Facts You Need To Know About Zendaya’s Father

Nigerian lady blames God for her pain and failure

Who Is Erin Odenkirk? Factual Details About Bob Odenkirk’s Daughter

Who is Damian Musk? All About Elon Musk’ Triplets Son and His Education