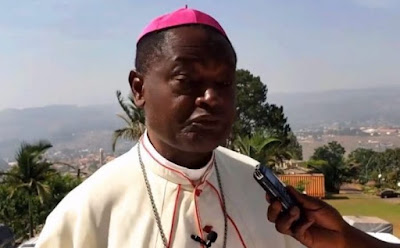 Do Not Die In Silence When Your Problems Can Be Solved Within 48hrs. Seeing Is Believing. For More Info: click here

A prominent Catholic bishop in Cameroon has been released by his abductors in the country’s volatile English-speaking Northwest region.

“Bishop George Nkuo of Kumbo Diocese has been released by his captors. He is back in the parish and in good health,” the officials said in a statement.

Armed separatists claimed responsibility for kidnapping the bishop last week, claiming that they “wanted him to pray and bless us.”

The abduction came barely a week after two Catholic priests were kidnapped in the region.

Kidnapping of priests has become widespread in the region since an armed conflict started in 2017.

The Eleven Satanic Rules of the Earth Do not give opinions or advice unless you are asked.

Your password reset link appears to be invalid or expired.

To use social login you have to agree with the storage and handling of your data by this website. %privacy_policy%