Do Not Die In Silence When Your Problems Can Be Solved Within 48hrs. Seeing Is Believing. For More Info: click here

The body of missing Dutch tycoon Tob Cohen has been found, His body was found on Friday afternoon in a septic tank at his home in Kitisuru, Spring Valley, Nairobi.

His wife Sara Wairimu who was arrested days after his disappearance is still in police custody.

Cohen, a former CEO of Philips Electronics East Africa, was reported missing from their Lower Kabete home in Nairobi between July 19 and July 20, 2019.

Director of Criminal Investigations (DCI) George Kinoti was quoted as saying the body was discovered inside a septic tank in his compound at Kitisuru, Spring Valley Road in Nairobi.

“It is a gruesome murder, they took their time to kill innocent Cohen,” said Kinoti.

“He was bound (on) legs, hands, and neck before he was murdered and then they hid him in an underground water tank. They took their time,” he added.

Kinoti said that the body was wrapped in layers of clothing indicating the gruesome torture he underwent before his death.

On August 28, 2019, Wairimu was picked and interrogated by police for the third time over the disappearance of Mr Cohen from their Lower Kabete home, Nairobi.

The last time Mr Cohen was seen in public he had allegedly been dropped off at a club in Westlands after he left his house on the day he is believed to have disappeared.

The Dutch embassy in Nairobi reported Cohen missing after his family approached Dutch police, saying they could not reach him on his mobile phone and it was unusual for him to be out of touch for long.

Investigators say he met at least two women over lunch at the club on July 20 from around 2pm to 4pm. The two women told police during questioning that the 71-year-old golf lover left the club and they did not know his whereabouts.

Preliminary findings show his mobile phone was switched off at the same place.

Police questioned several people, including his wife and workers.

A day before his body was found, a charge sheet produced in court indicating that Sarah Wairimu would be charged with the murder of Tob Chichou Cohen on the night of July 19 or July 20, 2019 at dawn.

Wairimu, however, was not required to plead before Milimani High Court Judge Charles Kariuki.
Instead Justice Kariuki directed the prosecution to conduct a mental health assessment on Wairimu before charging her with murder. 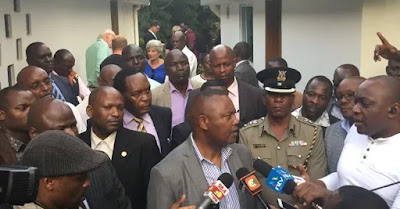 The Eleven Satanic Rules of the Earth Do not give opinions or advice unless you are asked.

Your password reset link appears to be invalid or expired.

To use social login you have to agree with the storage and handling of your data by this website. %privacy_policy%