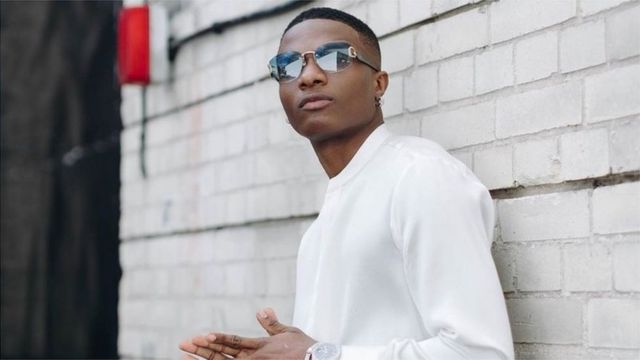 Ayodeji Ibrahim Balogun (born 16 July 1990), known professionally as Wizkid (sometimes stylized as WizKid), is a Nigerian singer and songwriter. He began recording music at the age of 11 and managed to release a collaborative album with the Glorious Five, a group he and a couple of his church friends formed. Wizkid signed a record deal with Empire Mates Entertainment (E.M.E) in 2009. He rose to prominence after releasing “Holla at Your Boy”, the lead single from his debut studio album Superstar (2011).

“Tease Me/Bad Guys”, “Don’t Dull”, “Love My Baby”, “Pakurumo” and “Oluwa Lo Ni” were also released as singles from the Superstar album. In February 2014, Wizkid became the first Nigerian musician to have over one million followers on Twitter. Ayo, his self-titled second studio album, was released in September 2014. It was supported by six singles: “Jaiye Jaiye”, “On Top Your Matter”, “One Question”, “Joy”, “Bombay” and “Show You the Money”. Wizkid left E.M.E after his contract expired.

In 2016, Wizkid achieved international recognition following his collaboration with Drake on the global hit, “One Dance”, which reached number one in 15 countries, including the United States, the United Kingdom, Canada and Australia. He signed a multi-album deal with RCA Records in March 2017. His third studio album Sounds from the Other Side was released on 14 July 2017. It serves as his major label debut and was primarily a Caribbean-influenced record. SFTOS was supported by five singles: “Daddy Yo”, “Sweet Love”, “Come Closer”, “African Bad Gyal” and “Naughty Ride”. Wizkid became the first Afrobeats artist to appear in the 2018 Guinness World Records for his contribution to “One Dance”. His fourth album, Made In Lagos, will be released 15 October 2020.

#Endsars: Wizkid Postpones Release Of Album Made In Lagos To November 22

Kemi Olunloyo Cries On Camera, Gives Wizkid A Strong Warning Before It Gets Too Late (Video)

Burna Boy and Wizkid recording in a studio

Fans remind Wizkid of his promise to marry in 2020

“If I was Buhari, Wizkid would spend the night in cell for disrespecting me” – Man blows hot air

Davido finally opens up about his rift with Starboy Wizkid

If Burna Boy, Wizkid, Naira Marley, Davido & Olamide Go Big Brother Naija – Who Do You Think Will Win & Why?

5 Lessons We Learnt From Wizkid’s Video For Smile

You will not die if you love Davido, Burna Boy and Wizkid – Erigga speaks against fan wars

#BBNaija: Read Kiddwaya’s Heartfelt Statement To His Fans After Eviction

BEEF ALERT!! Tiwa Savage And Wizkid(You Need To See This)

Fans reacts as Wizkid and Burna Boy hit the studio

“Money too much, leg no fit go up” – Fans react as Wizkid shows off “Legwork” moves (Video)