A year after he was accused of rape and assault, Nigerian Twitter Influencer, Tife Fabunmi, has taken legal action against his ex-girlfriend, Sansa Oroboghene. 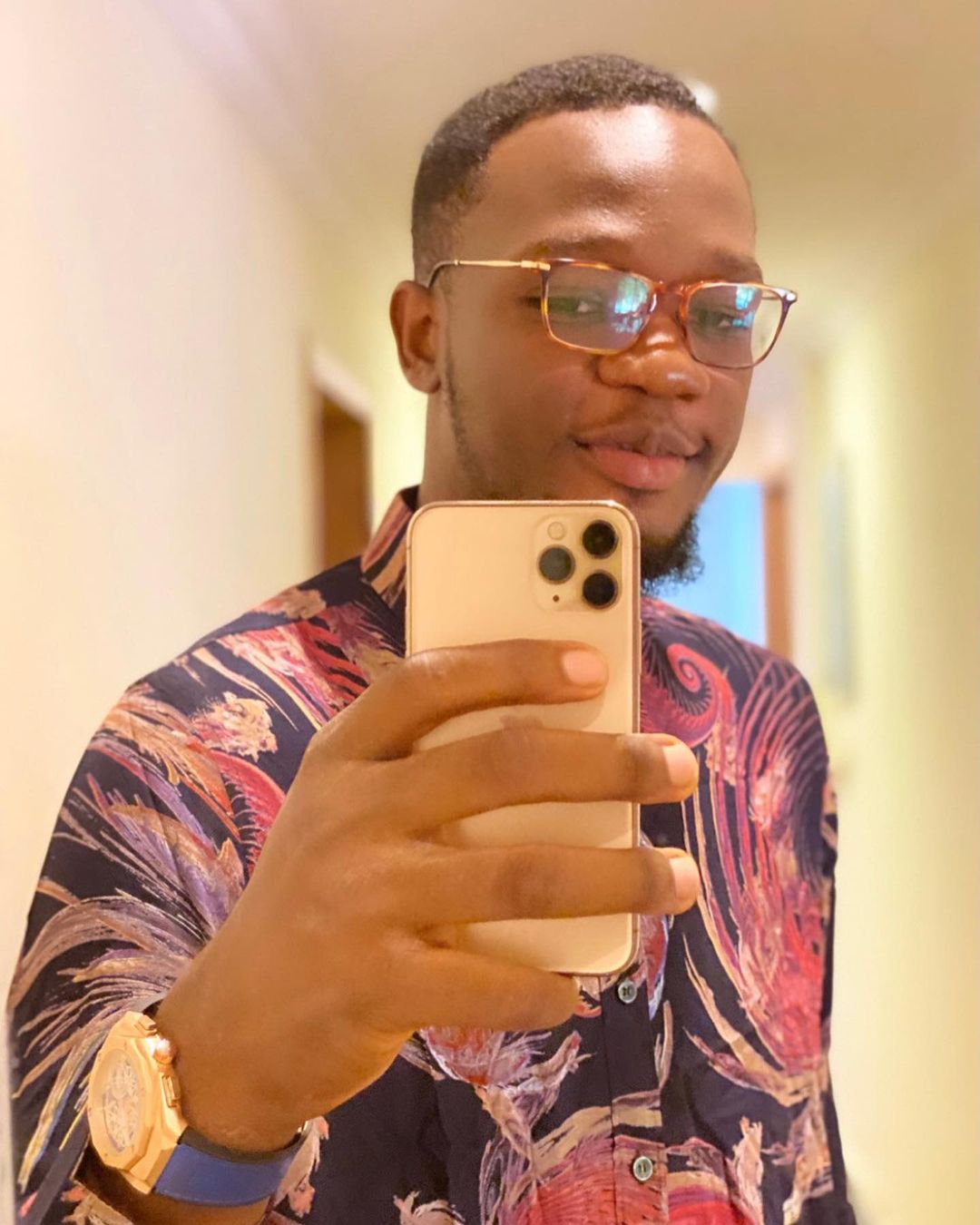 It can be recalled that the pair were always serving couple goals on social media, so their break-up came as a surprise to many and was a trending topic on Twitter for days. 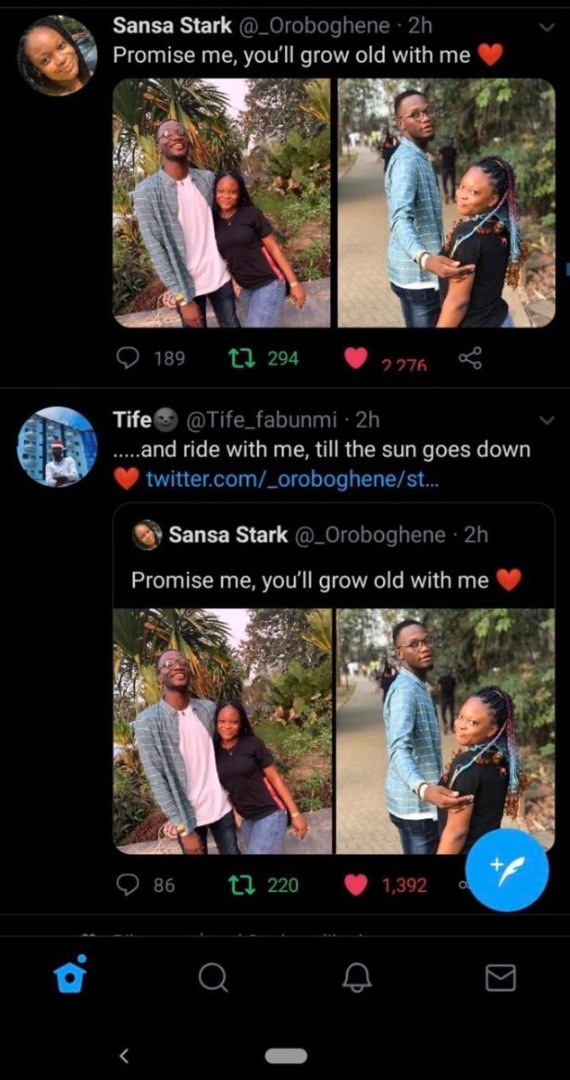 After their once-perfect relationship hit the rocks, Sansa took to Twitter to accuse Tife of rape, abuse, infidelity and leaking her nudes on social media. On the other hand, Tife also made demeaning comments about her on the timeline saying “he’s had his share of her, he’s not having sex with her again”, etc.

The conflict between the ex-lovers took an unexpected twist after Sansa got married to someone else barely 3 months after their relationship hit the rocks, which stirred another controversy on social media.

Almost a year after the whole saga, the ex-lovers appears to have settled into their separate lives, however, the rape allegation remained a huge stigma on Tife’s reputation and he has proceeded to file a lawsuit against Sansa.

In the lawsuit which he shared on his social media pages, Tife demands a video and a written apology from Sansa and also asked that she retract the false allegation of rape she made against him.

According to the lawsuit, if she fails to meet the demand within the next 14 days, Tife will seek N100m in damages for libel.

“Over a year ago, I was falsely accused of rape by Comfort (Sansa), she didn’t make formal complaints but continued alongside others to consistently bully me on social media platforms.

This is for your attention Comfort Omovre Akindulureni @_oroboghene. This letter has also been which trivialises the pain of real victims.

If anyone else has something against me on the allegations, or choose to continue pushing false narratives about me, get ready to be a co-defendant.

I will await the results of all investigations & won’t be commenting further as the legal process have now commenced.”

Read the legal document below, 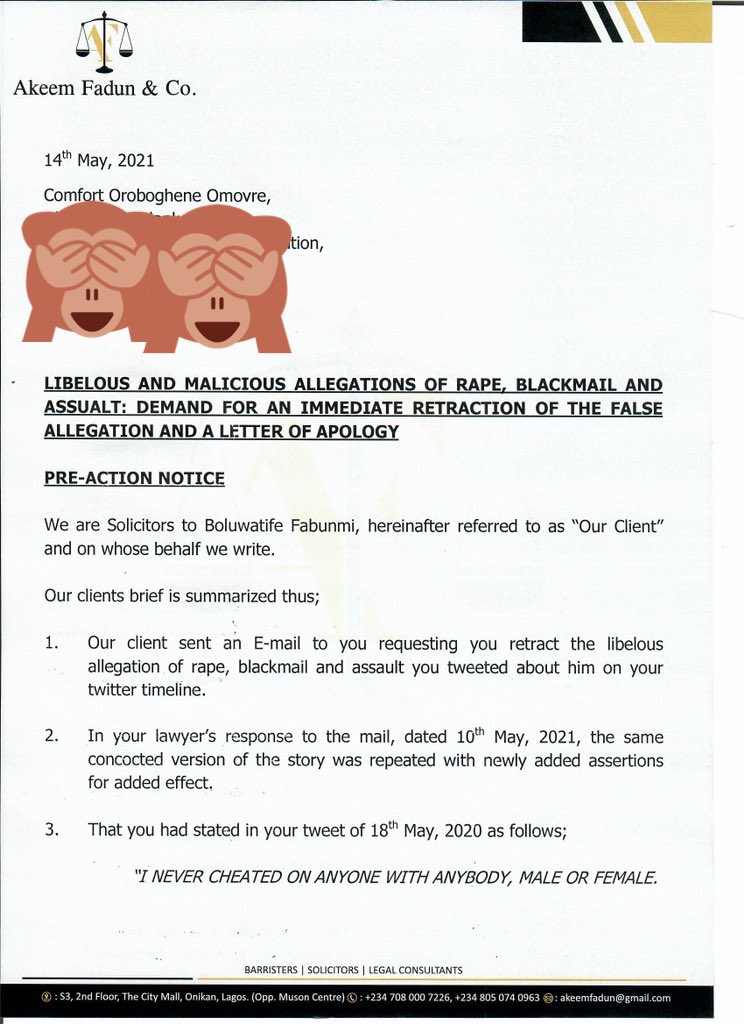 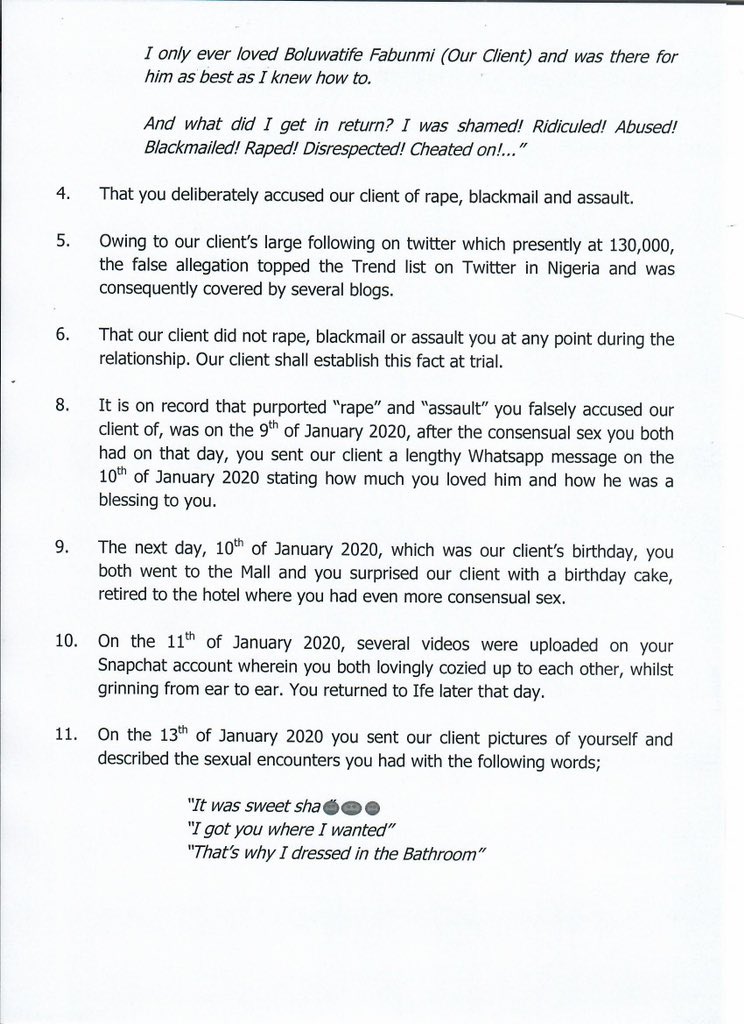 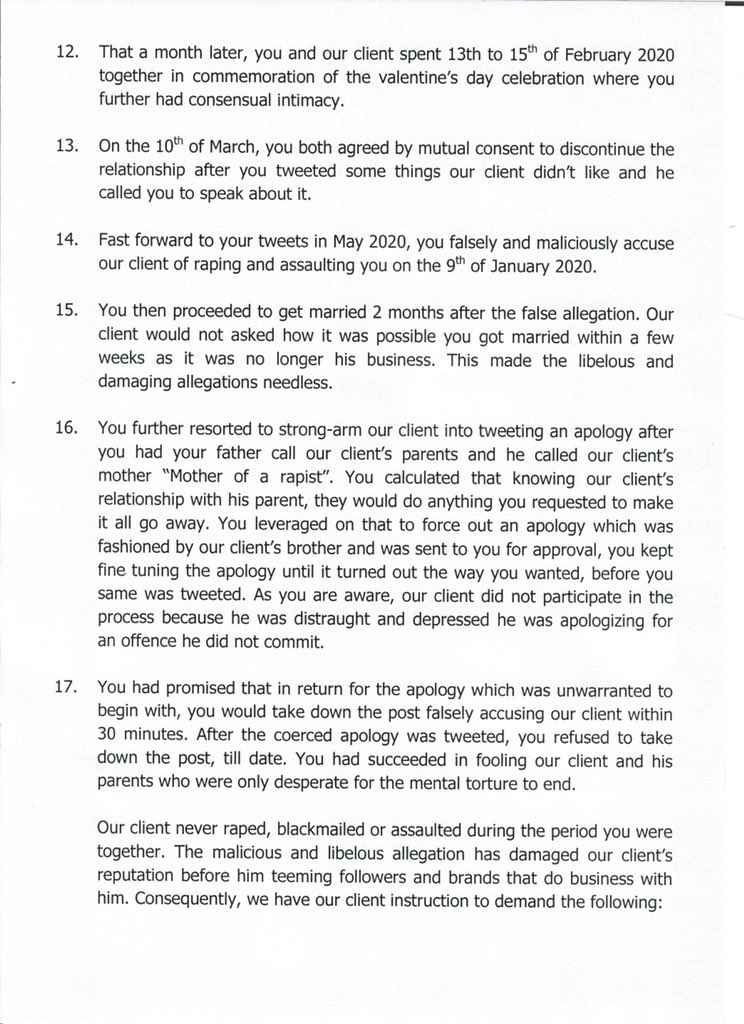 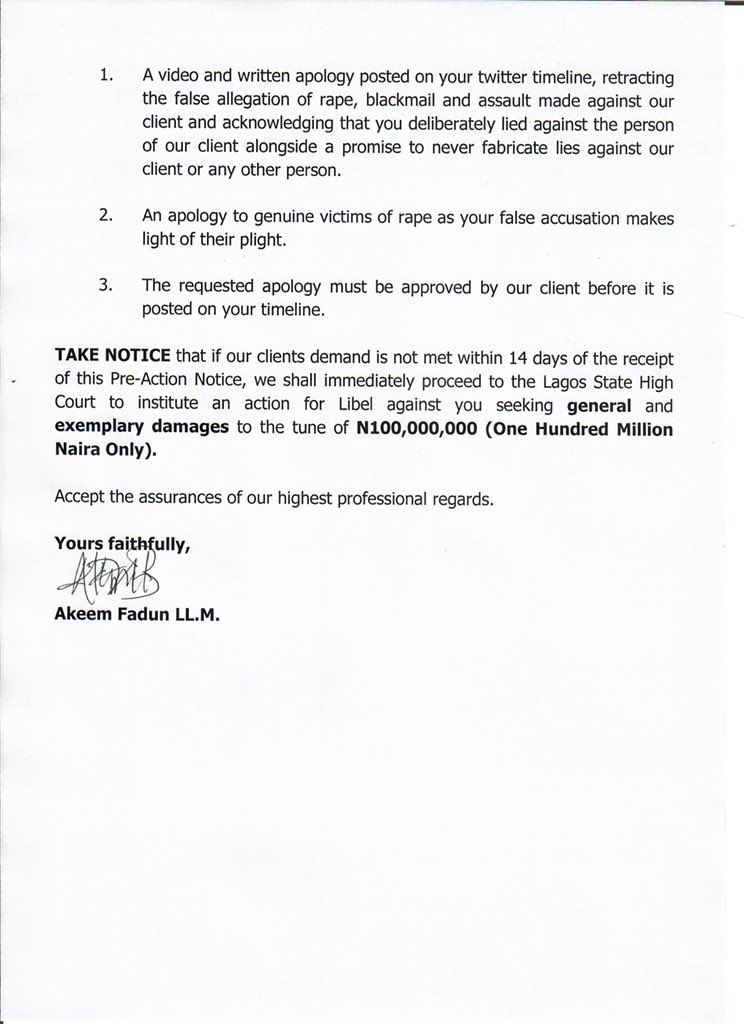 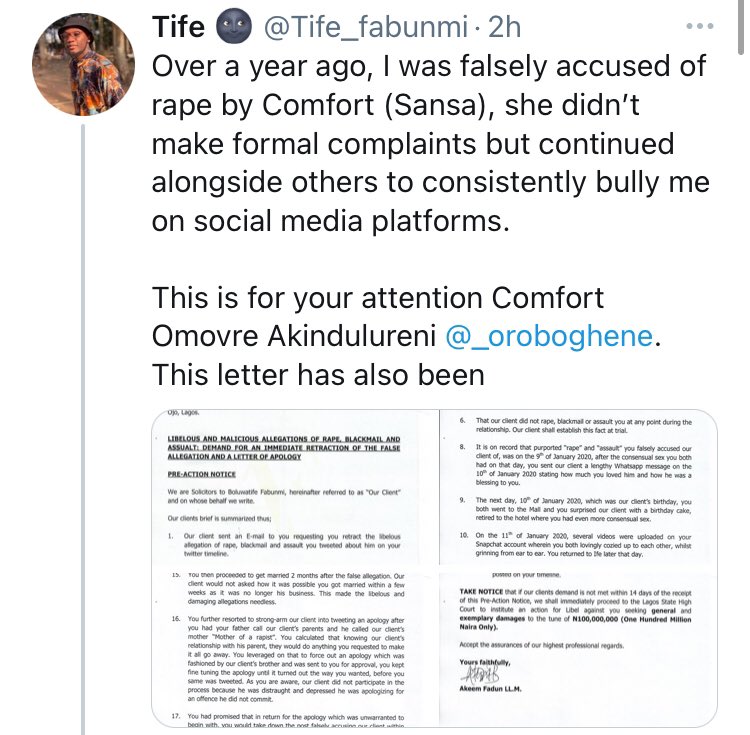 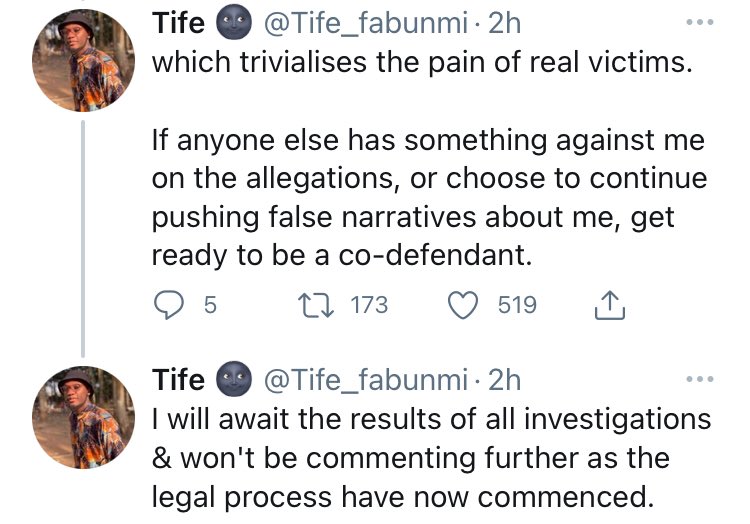 4 weeks ago
Nnamdi Okwu Kanu (born 25 September 1967) is a Nigerian pro-Biafra political activist, who is also a British citizen. He is...

2 months agoMay 26, 2021
A man’s post is currently trending on TikTok after he found out in the most unusual of ways that his...

Girl, 13, has her appendix and part of her bowel removed after TikTok trend that nearly led to her death

2 months agoMay 26, 2021
A 13-year-old girl who copied a dangerous TikTok trend landed in the hospital for emergency surgery after she started vomiting...

Student reportedly dies of hunger after she was evicted from hostel

2 months agoMay 26, 2021
A student identified as Yonwabo Manyanya has reportedly died from hunger and fatigue after being evicted from her accommodation because...

2 months agoMay 26, 2021
Young women from around the world have shared interesting details about what goes on in their relationships with their sugar...

I want control over how, when and where I die –  Woman with terminal motor neurone disease says in emotional plea to government