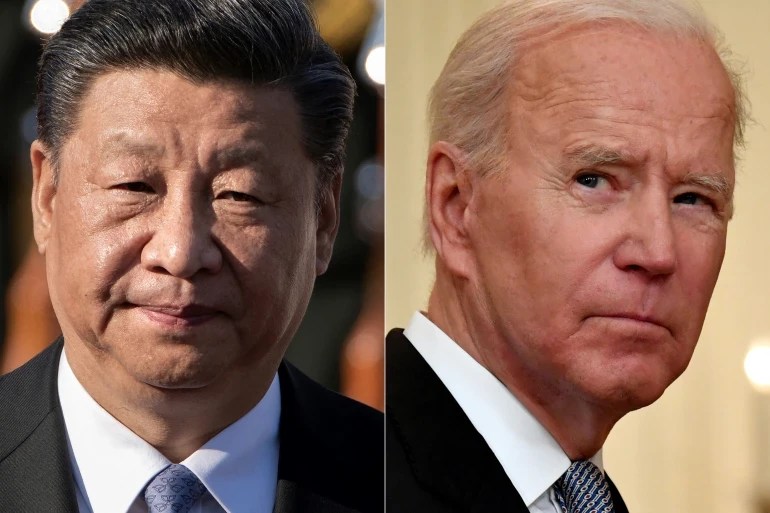 The US has stated its commitment to defending its allies just days after China sent 77 warplanes into Taiwanese airspace.

This week, China sent a “record number” of military jets into Taiwan’s air defence zone for four days in a row, in a public show of force and the US feel such actions undermine peace across the Taiwan Strait.

Taiwan considers itself a sovereign state and has been self governed for 40 years- but China views the island as a breakaway province.

China has not ruled out re-ruling Taiwan even if it night involve military force.

Reiterating the US’ desire to not be bullied by China, National Defence Adviser Jack Sullivan told BBC;

“We are going to stand up and speak out, both privately and publicly when we see the kinds of activities that are fundamentally destabilising,”

Asked whether the US was prepared to take military action to defend Taiwan, Mr Sullivan said: “Let me just say this, we are going to take action now to try to prevent that day from ever coming to pass.”

Aksed whether the US was reluctant to use force in the wake of its recent withdrawal from Afghanistan, Mr Sullivan said it was “an enormous mistake to try to draw lessons” from that conflict.

“Trying to say that coming out of Afghanistan somehow tells any country anything about the depth and level of commitment the US has elsewhere is a grave mistake.”

Sullivan said China is “going to steadfastly defend its perspective on the world”.

When asked how long the US would wait while Iran delayed the resumption of talks on reviving a 2015 nuclear deal, Sullivan said: “We’ve just heard… that Iran is prepared to come back in a matter of a few short weeks, if that turns out not to be the case, then we will have to consult with allies and partners on a different way forward.

“If it does turn out to be the case, then we will see quite quickly whether the Iranians are serious at the table or whether they’re simply coming to stall and delay for time. That’s not a game that we’re going to play.”

He stressed that the US is “determined to prevent Iran from getting a nuclear weapon. And we will use all the tools at our disposal to make sure that they do not”.

In 2015, Iran reached a deal with six powers – the US, UK, France, China, Russia and Germany – that saw Tehran limit its nuclear activities in return for sanctions relief.

10 mins ago
Draya Michelle turns heads as she attends event in skimpy chain skirt that covered nothing (photo) Draya Michelle stepped out...

Fleri Inc, startup that puts the immigrant financial wellness at the forefront joins the Techstars

1 hour ago
Fleri Inc, startup that puts the immigrant financial wellness at the forefront joins the Techstars Fleri Inc., a personal finance...

It’s extremely infantile, reckless and desperate for a politician to reveal sources of campaign funds – Lai Mohammed fires back at Governor Abdulrazaq after he accused him of ‘hiding’ campaign funds

2 hours ago
It’s extremely infantile, reckless and desperate for a politician to reveal sources of campaign funds - Lai Mohammed fires back...

a St. Vincent rockumentary with a twist

a dynamic dance through poignancy and party-starting power